I fell into a seat in the ICU waiting room, where my family had taken residence for the past fourteen hours. I had just said goodbye to my mother. I broke down.

We had been waiting anxiously all day for my brother to arrive. He left Philadelphia in the early hours of the morning and drove straight through. The doctors had orders not to resuscitate my mother if her heart stopped again. I didn't think she'd hang on long enough for Randy to get there. She did.

The previous day, she had a successful surgery to remove a lump in her breast. Her doctor reassured us that this was not the kind of breast cancer that kills people. After the outpatient surgery, we went home and sat around the dining room table, happy but tired. She talked with Sally mostly — I was too exhausted for conversation. But Mom was happy, and for the first time in weeks, she wasn't scared. The road ahead looked good, with a beach vacation weeks away.

Twenty-four hours later, tears were streaming down my face, running down my arms and onto the floor of the ICU waiting room. I could barely breathe.

I had spent the day at the hospital trying to be the strong one. Making phone calls to family and friends. Giving Randy updates as he drove. Checking on Dad. Telling my children what was going on. Walking them in to tell Grandma goodbye one last time. Making more phone calls to give updates. There was never good news.

Staying busy was my mechanism to avoid my own grief, and to not face the absolute despair of the thought — the certainty — that my mother was going to die, and there wasn't anything I could do about it.

In truth she was already gone. The belief is that she had a stroke the previous night while resting on the couch. She never knew. She didn't suffer. 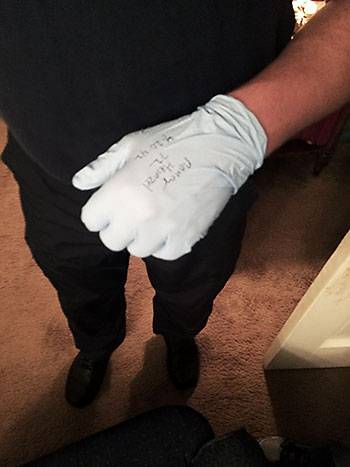 I was standing in the kitchen of my parents' house watching the chaos unfold before me. Paramedics working frantically. Police and firemen arriving. Dad trying to secure the cats. I called my sister — get to Springfield, fast. I called my brother in Philly and kept him on the phone most of the time. I can't imagine how isolated and helpless he felt on the other end of the line. I looked out through the window at the night, which was illuminated by many red and blue flashing lights.

All I could think to do in the chaos was to take pictures. A paramedic was speaking with my dad, asking the basics about Mom - name, age, birthday. He wrote these down on his latex glove, which caught my attention. Having spent most of my professional career in making technology-based tools to digitize information, I quickly realized there's sometimes simply no tool quite as trusty as a pen and a hand.

This is the only blog I've ever written that my mom won't read. It was hard to find the motivation to even start it. She didn't comment on every blog I wrote, but she read them all. And she always let me know if I had any glaring grammatical issues. Which I frequently did.

She was my editor. Not just for writing, but for life. 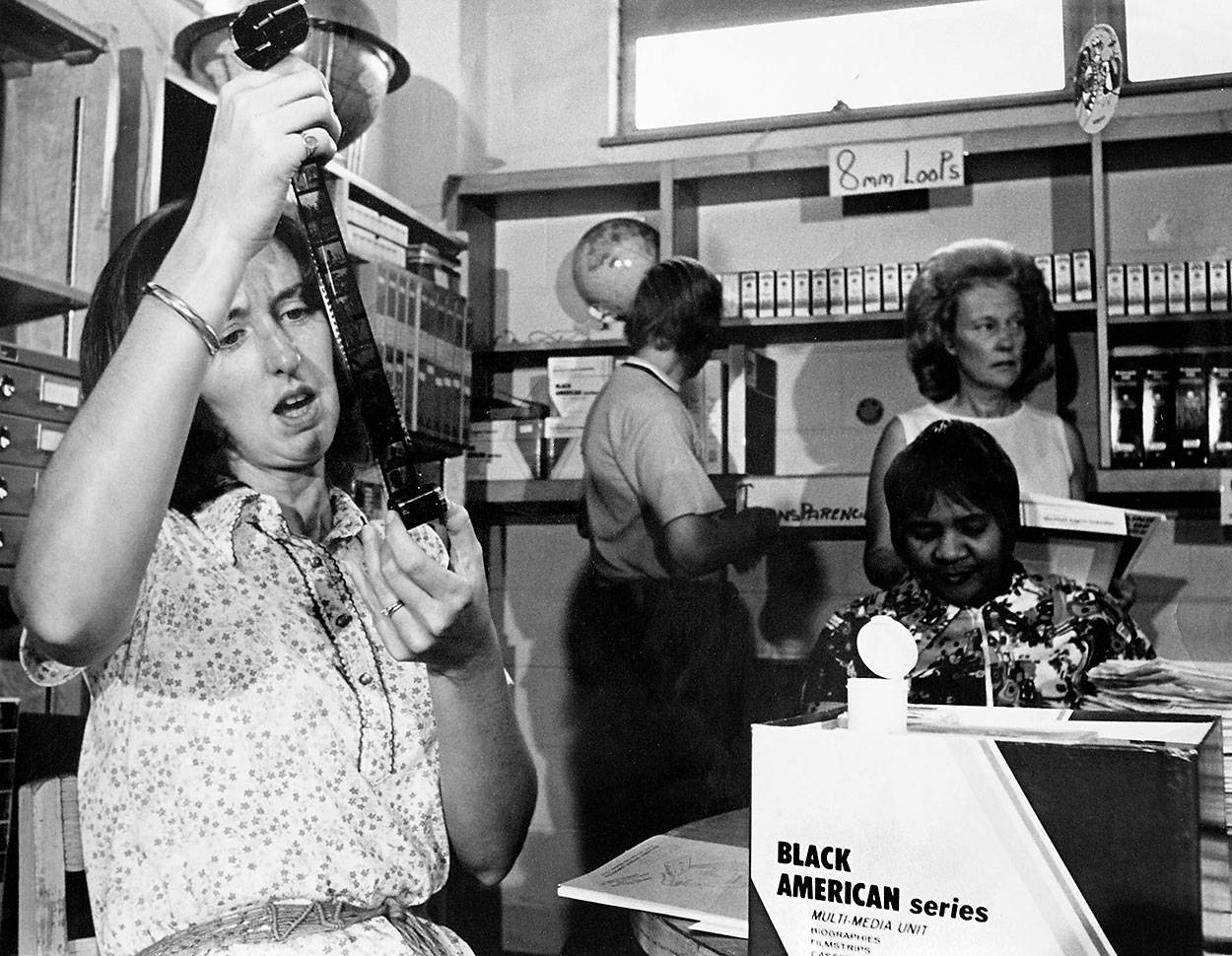 I found the above photo when looking for material for a slideshow my family put together after her death. I had never seen it, and I don't know the story behind it. But that's my mom on the left, studying a roll of negatives. Of the hundreds of photos we found, this might be my favorite. And I can't even really understand why, but I love it.

Exactly one month ago, to the minute of me writing this sentence, is when she left us. I still have a hard time believing it really happened. I still catch myself getting excited about something I want to share with her, only for a split second before realizing the truth. I still am avoiding my grief by staying busy. I'll get to that someday.

There's so much I want to say about my mom, but basically, today, I just want to say that I miss you, Mom. And I love you.

Wonderful tribute to your mom, Dave.

Wonderful, well-written, and if there are any errors, you can bet Nancy's got her Heavenly red pen out and she's making marks! :-)

Well said, Dave. I'm glad you took the time to write again, through the pain of grieving. More please.

Writing is a great tool for healing. She had an impact on so many people, even those that never met her in person. The photo is wonderful and that kind of treasure can help fill the break in your heart.

Oh Dave.....you do have such a gift for writing....for expressing your thoughts so beautifully......thank you.....once again for sharing them so freely.....tears are flowing.........I have thought of my dear sweet Sludge sister all day today........it has been a hard day but Wayne and I went to see his brother and sister-in-law and it helped to stay busy........... loving thoughts of my sister and best friend will always be in my heart and on my mind and I will always miss her more than I am able to put into words..... Love you, Dave.........thoughts are with you and our whole family.

Dave, This tribute to your mom is wonderful. It made me remember when my mother died and the empty ness I felt. Talk about her a lot and remember all the good times you had. Cry when you need to. I am always here to listen if you ever want to talk. Your mom was a very special person. There is no time limit for grief. Keep writing. It will be treasure to read years from now.

Once again, tears fall. Though I didn't have the pleasure of spending a lot of time physically with your mother, she was a great mentor through the Internet - I valued her opinion and wisdom and cherished her kindness. I will never forget her and will continue to enjoy her memory through you, your children, and your family. Thank you for having the courage to share her with all of us.

Dave, believe me when I tell you that your mom lives on through you, Sally and Randy. And she is proud of you.

Thank you Dave for your heartfelt words.

Nicely said, Dave. I know she's proud of all of you.

Great blog for a wonderful woman! Her energy and love for life lives on through those that knew her.

Your mom left a beautiful legacy in her children and all the children whose lives she touched. Watching your video you culd see her love for her babies and why Sarah called her,"Aunt Nancy the baby whisperer."

Heart felt Condolences to your family and to the Pike family. She will always be a Carolina who was one of the best people that anyone could have known.

Should be a Carolina girl who was the finest in the world.

Love and hugs friend. And many thanks for the reminder to get over petty frustrations and appreciate, cherish and adore my parents while I have the luxury.

Well done. And what a wonderful photo of your Mom - one of those that easily says a thousand words even if you are not sure what they are or how they go together. But the fire and liveliness behind those eyes says enough.

Great tribute, and I'm truly sorry for your loss.

Heartfelt beauty in the form of words. I'm sure she is looking down reading right now.

Thinking of you all today, Dave. And loving you.