I've been at the Outer Banks in North Carolina all week for the annual Pike beach vacation. My camera and drone came along for the ride, but so far they have remained on the floor of my bedroom. I've been trying to actually rest on a vacation (for once).

That all ended this morning when I went on a grand adventure.

Over the summer, I heard about a large sandbar island that popped up in the ocean just off the point at Cape Hatteras. Due to the large number of shells on the thin island, it had been affectionately nicknamed "Shelly Island."

Not long before we got to the beach, people were being warned not to attempt to visit the island. It was 50 yards off shore, and the currents were strong (and sometimes contained sharks). People were getting stranded on the island. This sounded great, so I decided to go.

Fortunately for me, the island has been growing and is now closer to the shore. It's accessible by a short walk through waist-deep water, and is even more shallow at low tide.

So I woke up early and drove down to Cape Hatteras, about an hour drive from our beach house in Nags Head.

The closest parking lot is about a mile and a half north of the point. If you have an off road vehicle, you can buy a permit to drive on the beach. I didn't want to chance it with dad's Subaru, especially since it needed to get us back home to Illinois the next day. Sand and cars aren't really a great mix.

So I walked, barefoot, one and a half miles to the island. It was a long walk. Several people were parked on the point, and I could see a few dozen people on the island already. I waited at the shore until I saw someone else walk across, and I followed their path. It was a far cry from the ill-advised, shark-infested swim I was prepared for.

All I was carrying was a shoulder bag. In it was my camera, my phone and car keys, all wrapped in a plastic bag. I left the drone in the car. I knew I would want the drone at the island. But I wasn't sure what the crossing would be like, and I didn't want to leave it unattended on the other side. So I just left it in the car.

I crossed the shallow channel and set foot on the island. Its soft but coarse sand was covered with seashells, which hurt my already burning bare feet as I walked across them.

On the other side of the skinny island I was greeted warmly by the newest beachfront property in the world. It was a beautiful beach. I kept the camera in the bag and just enjoyed the walk.

The sun was starting to warm up the sand, and the salty air was being pushed by a firm and constant breeze off the ocean. Despite being exhausted with blistering feet, I walked the length of the island to the eastern edge, which stuck out defiantly into the choppy Atlantic Ocean.

The camera was begging to come out of the bag, and I happily obliged. I slowly made my way around the other side of the island, snapping photos and collecting shells for the kids (who were with the rest of the family at the sound).

It was a totally unique experience being that far off the shore of the mainland, standing on a fragile strip of land in the middle of the ocean. It had appeared seemingly overnight and was sure to wash away just as suddenly. But for the time, it was my home.

I enjoyed my walk back around the island, and I found many more people coming across the channel when I got back. The tide was going out, and the water was even more passable now.

The walk back was long. My feet were screaming, and the sun was now beating down on me. Still, I wanted some drone photos of the island. And this was really my only chance.

Back at the car, I put on my shoes and traded my shoulder bag for the drone. And I walked back.

The first attempt at flight was a sudden disaster, as a gust of wind upended the drone as it took off, slamming it upside down into the sand.

After banging out the sand from the motors, I tried again. Success. I gained altitude and quickly sent the drone toward the island.

I had to work fast, as the battery was less than half full. Plenty though, I thought, for a quick photo. But the wind was fighting me, and the drone tried to come home before it got in place. So I ignored the warning and proceeded to send it farther out to sea.

Finally it was in position, and I got the shot I wanted: the crescent island in the foreground with the shore stretching out above it with the Cape Hatteras Lighthouse in the distance.

I snapped a series of quick photos on the flight back, and with just about a minute of battery left, I landed the drone safely.

After a quick stop for drinks at a gas station, I was headed home. I was thoroughly exhausted and content. It was a great adventure to end a memorable week at the beach. Another story to add to the growing list of memories our family has created on this thin strip of land that sticks defiantly out into the Atlantic Ocean. 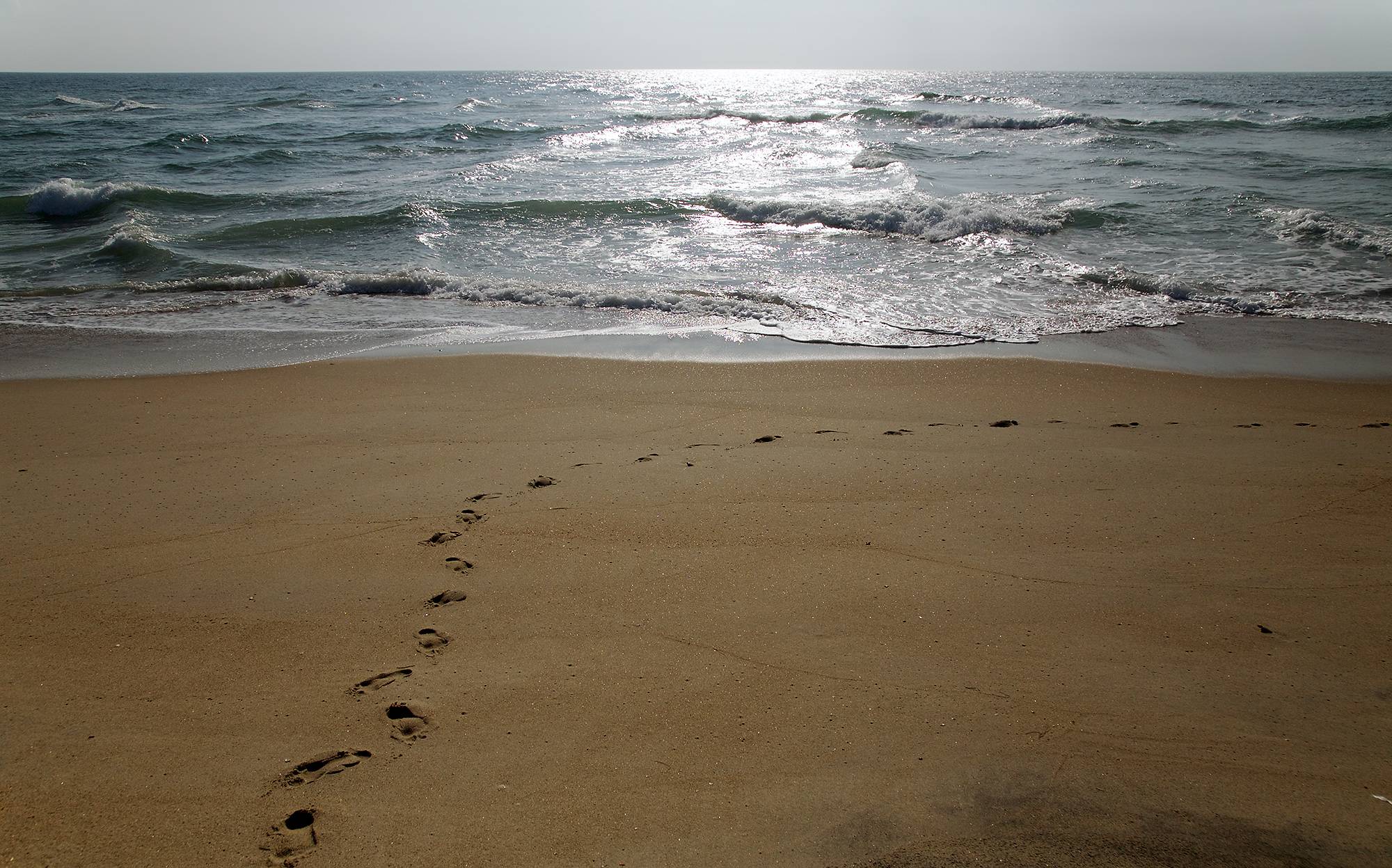 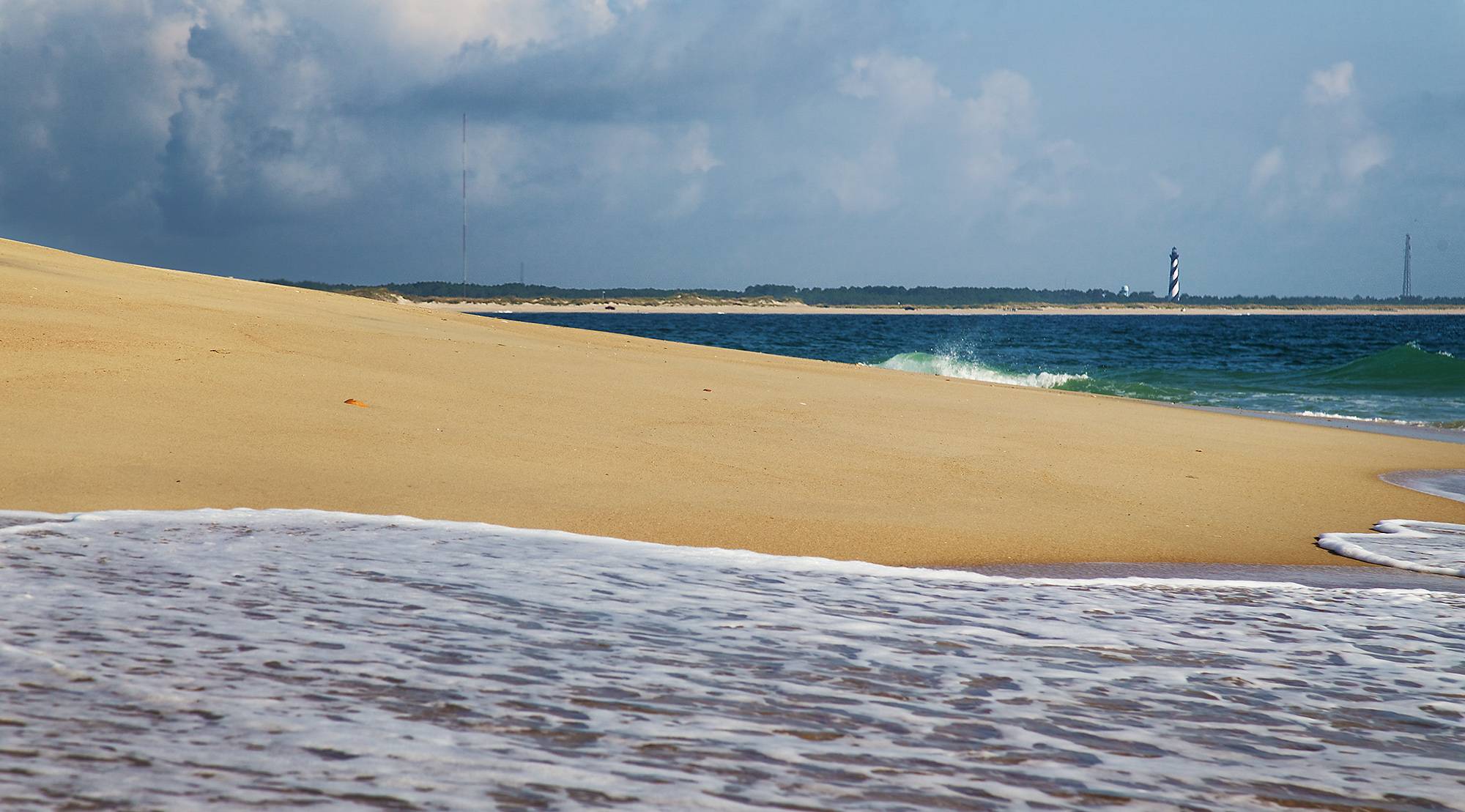 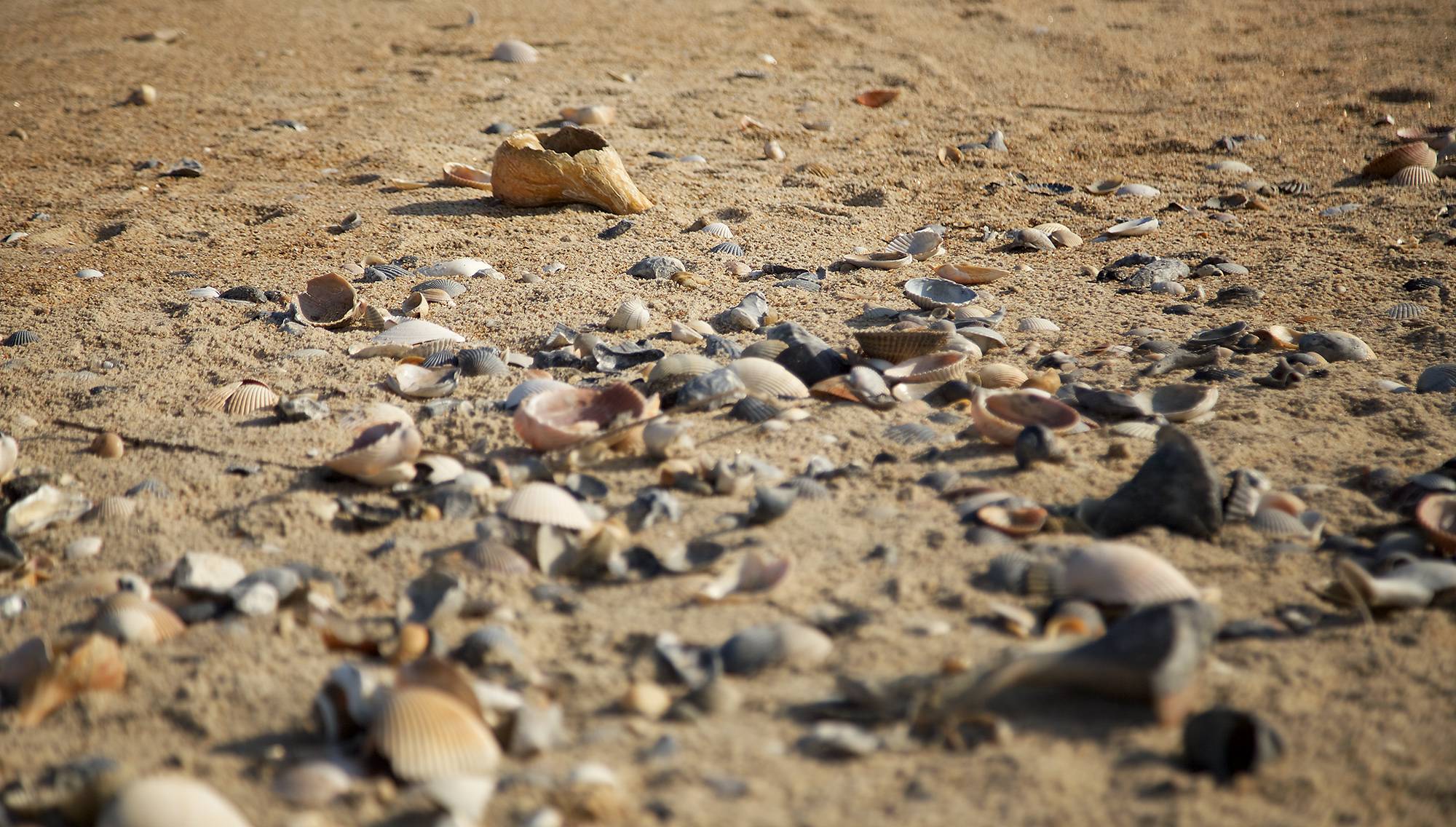 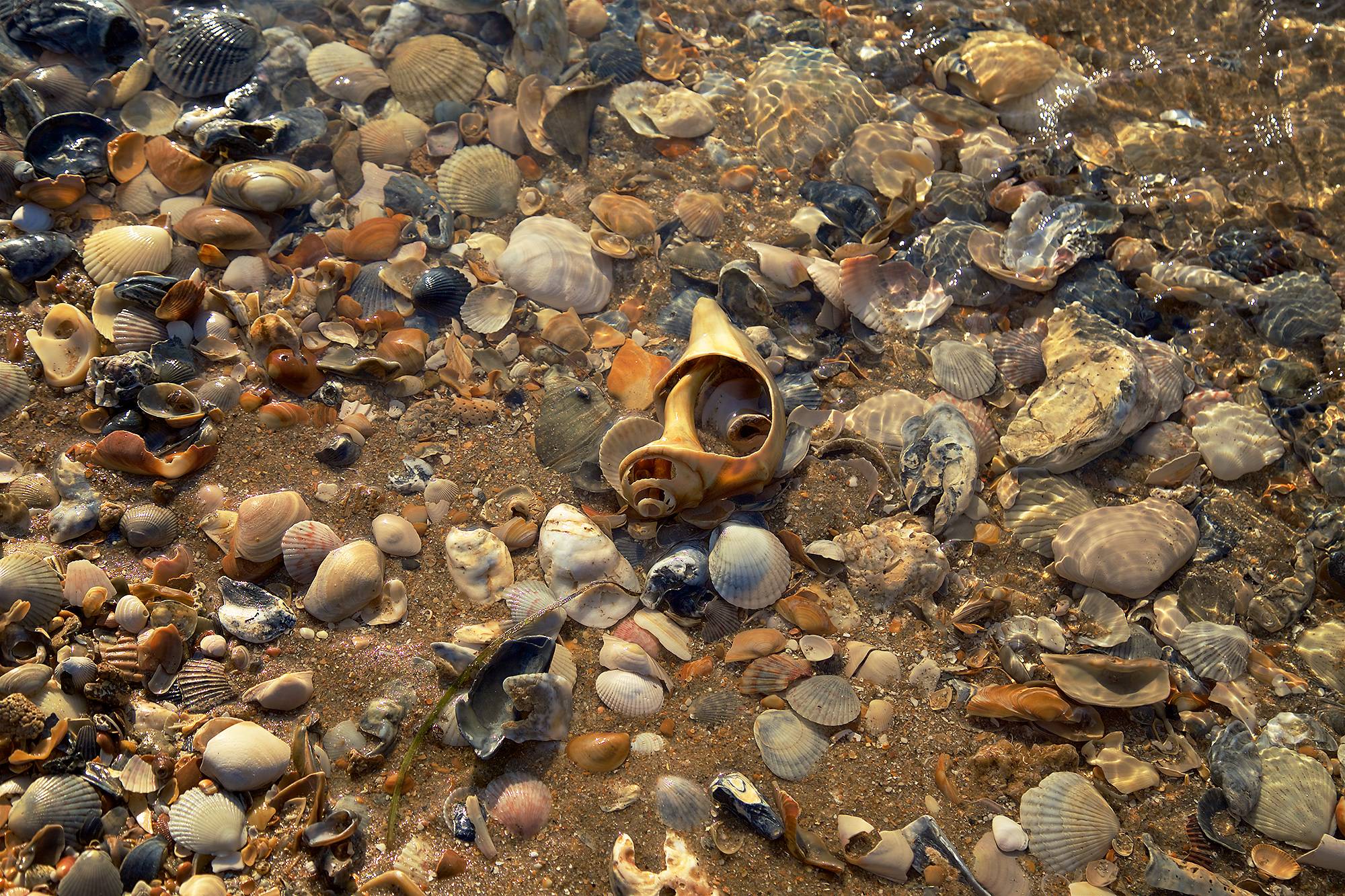 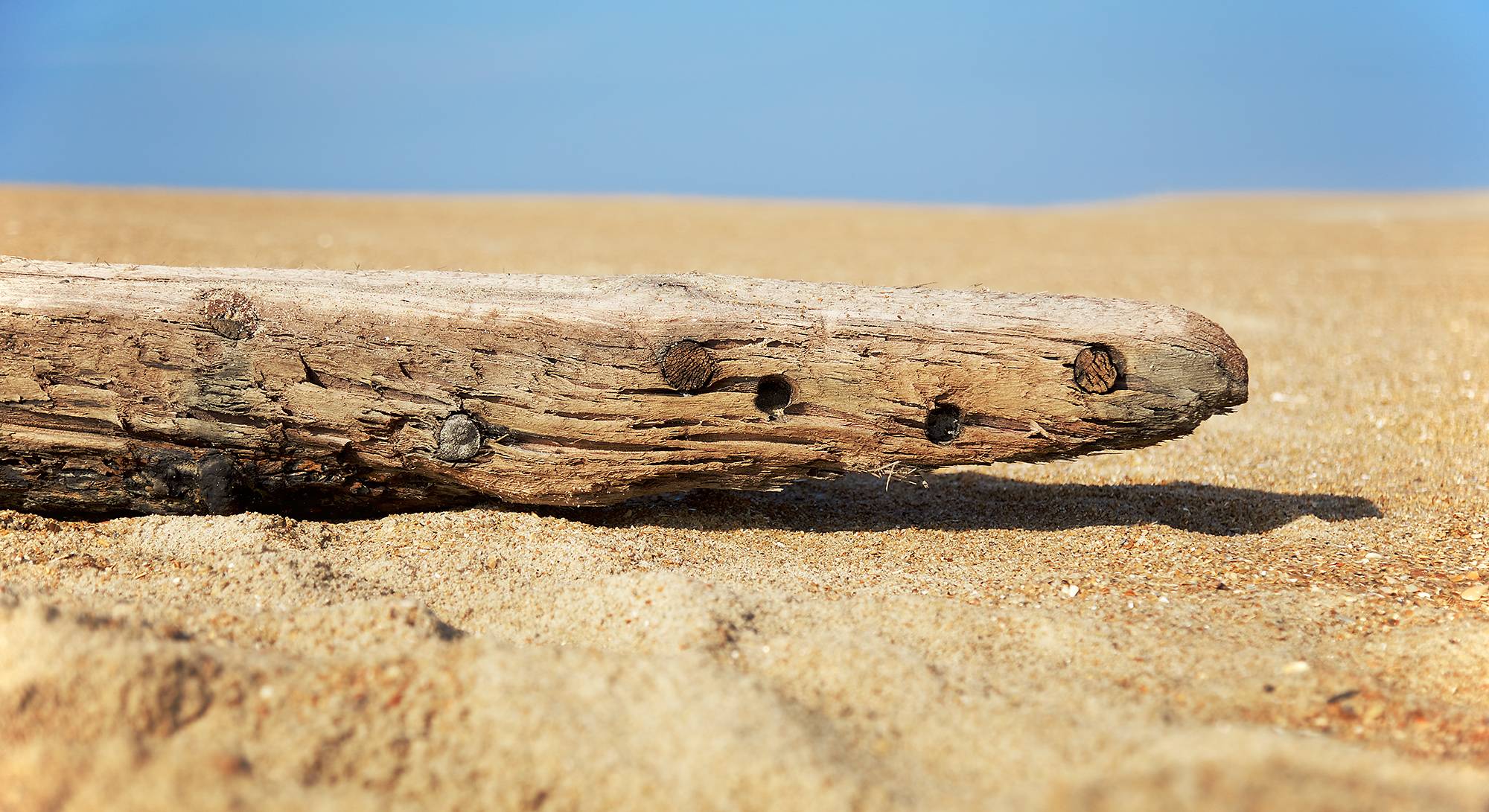 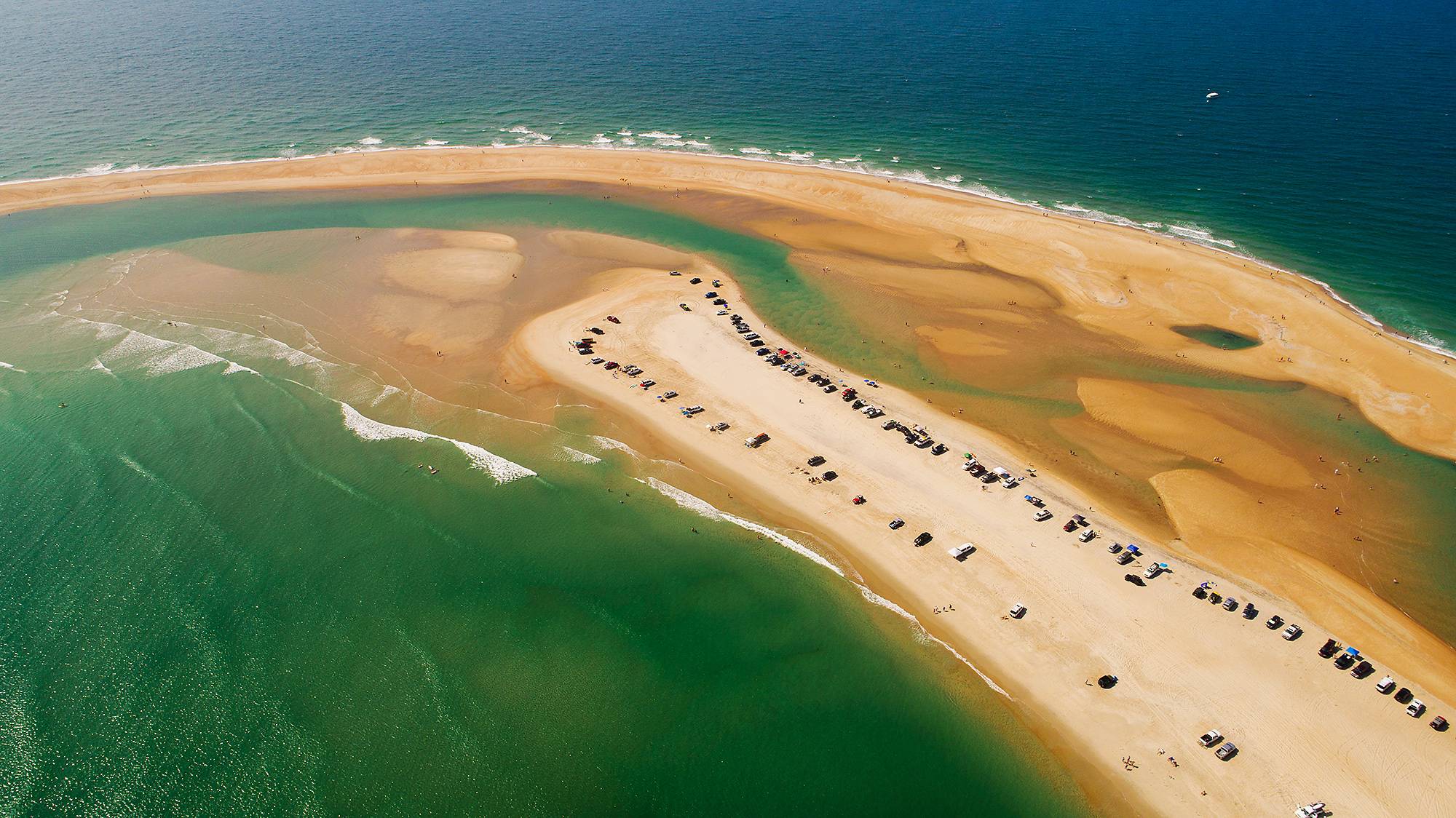 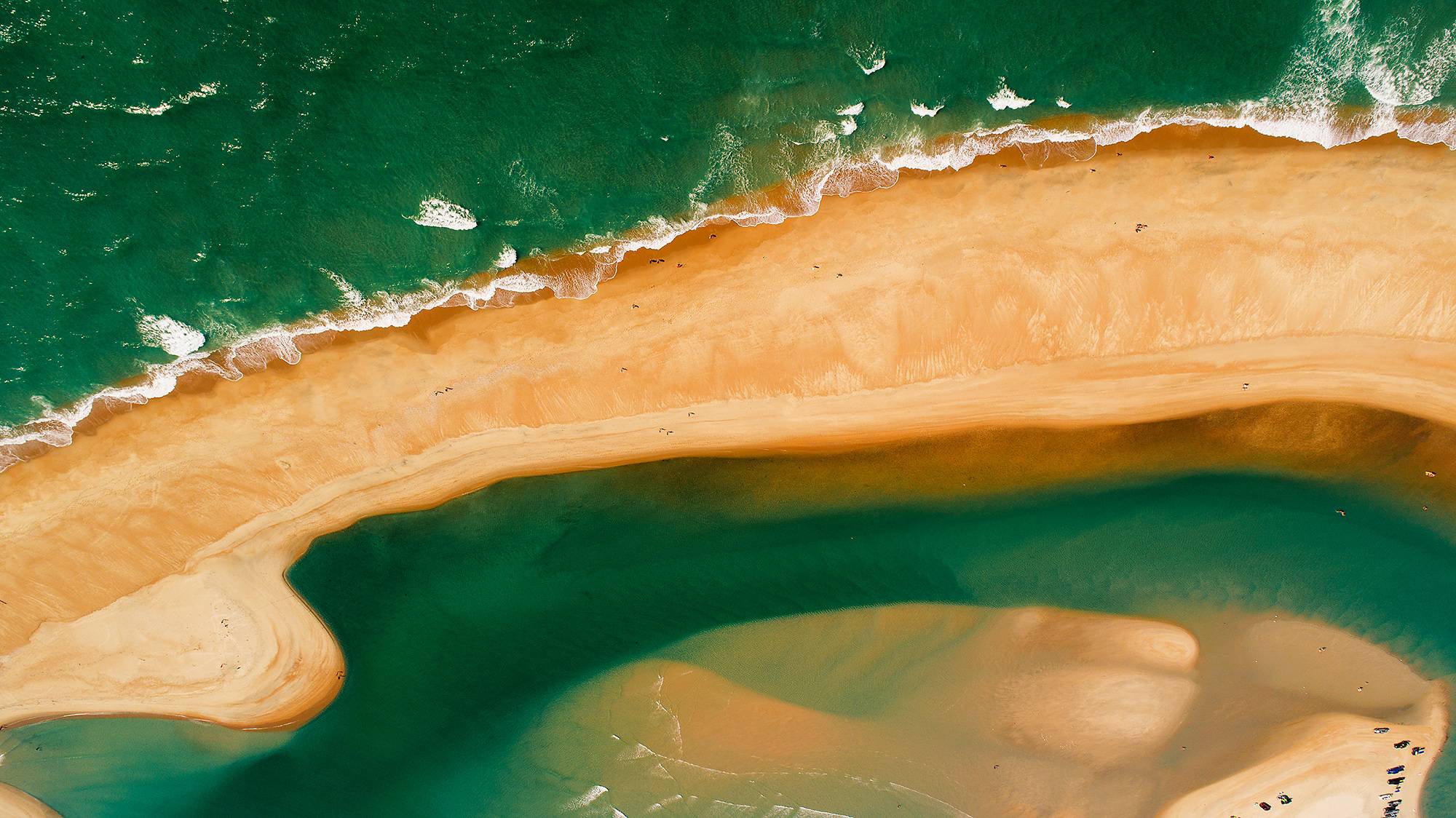 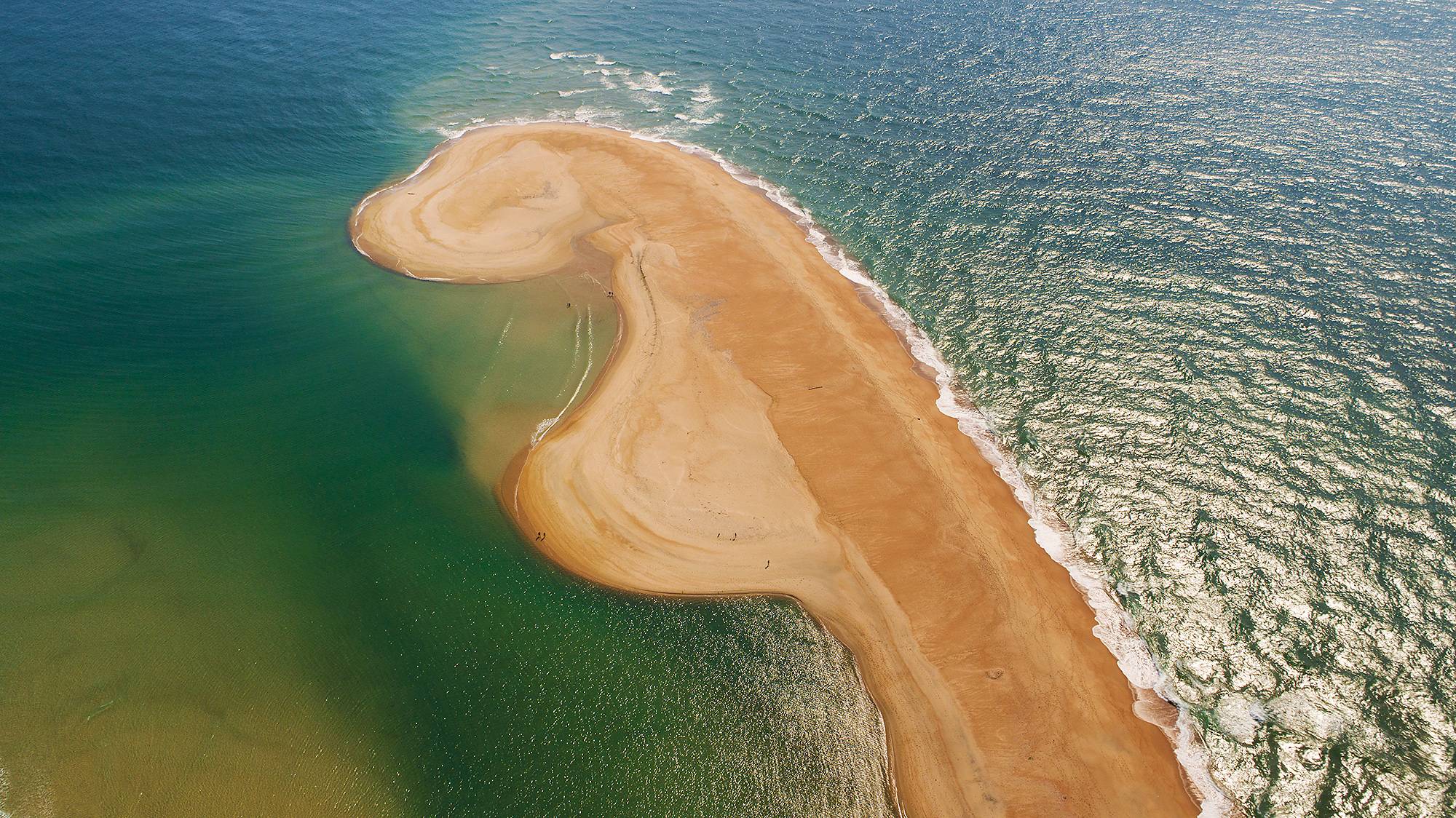 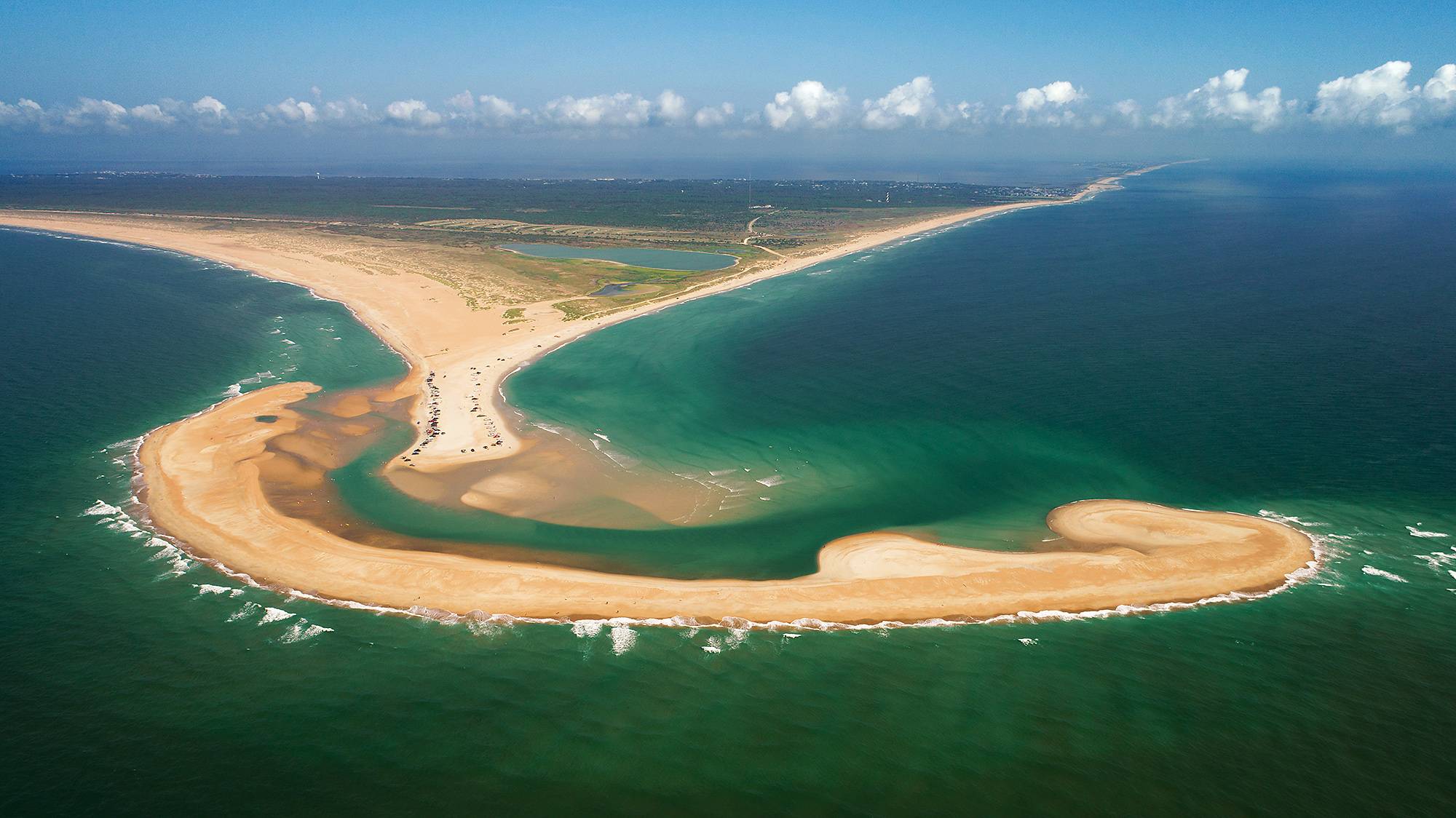 Beautiful! We've never been there but this definitely makes me want to go...

Thanks for the photos Dave.
Our family has visited the Outer Banks specifically Cape Hatteras and Ocracoke Island a few times over the years. My wife as a child and her family vacationed there in the 60's
needing a ferry ride to the island before the northern bridge was built.
We have many fond memories of the islands. Thank you.

Wonderful tale and images. Swim shoes, I highly recommend them.

Great shots of a beautiful place!