A couple weeks ago, I had a nice photo session at The Studio with Stella Cole. I'd been editing video all summer, and it was nice to leave behind the video camera and shoot stills. My goal for the session was simplicity. Portraits, black and white, one or two lights. Plain backgrounds. Just try and focus on the subject.

I had also just gotten back into shooting black and white film, so I brought along my trusty SLR and several rolls of film.

Usually when I do this, I go overboard. I'll plan for an hour or two with a few concepts in mind, and before you know it, it's three hours in and I've set up the 5th flash and am frantically shuffling through gels. And somewhere in the process, I've completely abandoned the original idea that was the whole reason for the shoot.

This time was different. I stayed focused, kept with the original concept and just trusted that Past Dave had a better vision than Present Frantic Dave. And in the end, it was the difference between chaos and a calm and productive session.

So, Stella. She's starred in the past two short films I've made, and she's in town until the end of the summer, when she heads off to college and becomes impossibly famous. So I pitched some ideas for the shoot, and she was happy to play along.

We shot for about 3 hours, which included 3 or 4 outfit changes and one background change. I had a nice playlist of what I had been listening to at the time: Cage the Elephant, Dirty Projectors, Velveteen and Grandaddy. You HAVE to have music during a photo shoot.

For lighting, I mainly used one flash: my trusty old Elinchrom Ranger Quadra, inside a large rectangular soft box, sometimes with a grid, sometimes without. I added a second flash for the setup with the white background, just to throw a little extra light on the wall. I had one white reflector on the ground between myself and Stella, though it contributed little to nothing to the photos.

I shot 937 photos over the night, most of which were digital with my Canon 6D. I shot around 100 film stills with my Canon EOS 3 — one roll of Ilford HP5+ and two rolls of Kodak TMAX 400. The TMAX was from a friend and was way past the expiration date, though it turned out mostly fine.

I used to be more specific about posing, but I'm finding more freedom (and success) from just providing some general direction and seeing what happens. Sometimes I'd give Stella a target for her eyes or shoulders. Sometimes I'd have her chair turned sideways. Then usually she just kept moving, and I'd shoot away. A few times I provided some specific things for her to think about. And every now and then I'd ask her to be more asymmetrical or to bring her hands into the frame.

Choosing my selects from this session was difficult, but I generally use the same process for each shoot. I look through every photo, fullscreen all by itself, and I rate it. 1 for "eh," 2 for pretty good, 3 for exceptional. I usually don't delete any, but if there's a glaring technical problem or unflattering moment, I'll discard the photo.

After the first pass, I go back, hide all of the "eh" photos and start over. I wanted to deliver 20-30 photos in the end, which took me about 7 passes through the set. Once I start getting close to the final set, there are usually successive photos that are almost identical. Then I preview them on screen together, choose the keeper and hide the others.

In the end, this was a session that I am very proud of. I stayed focused, had a strong yet simple concept and stuck to it. I have about 24 photos that I really like, 3 or 4 of which I am exceptionally happy with.

So here are my top ten, in no particular order. The first and 9th photo are film; the rest are digital. 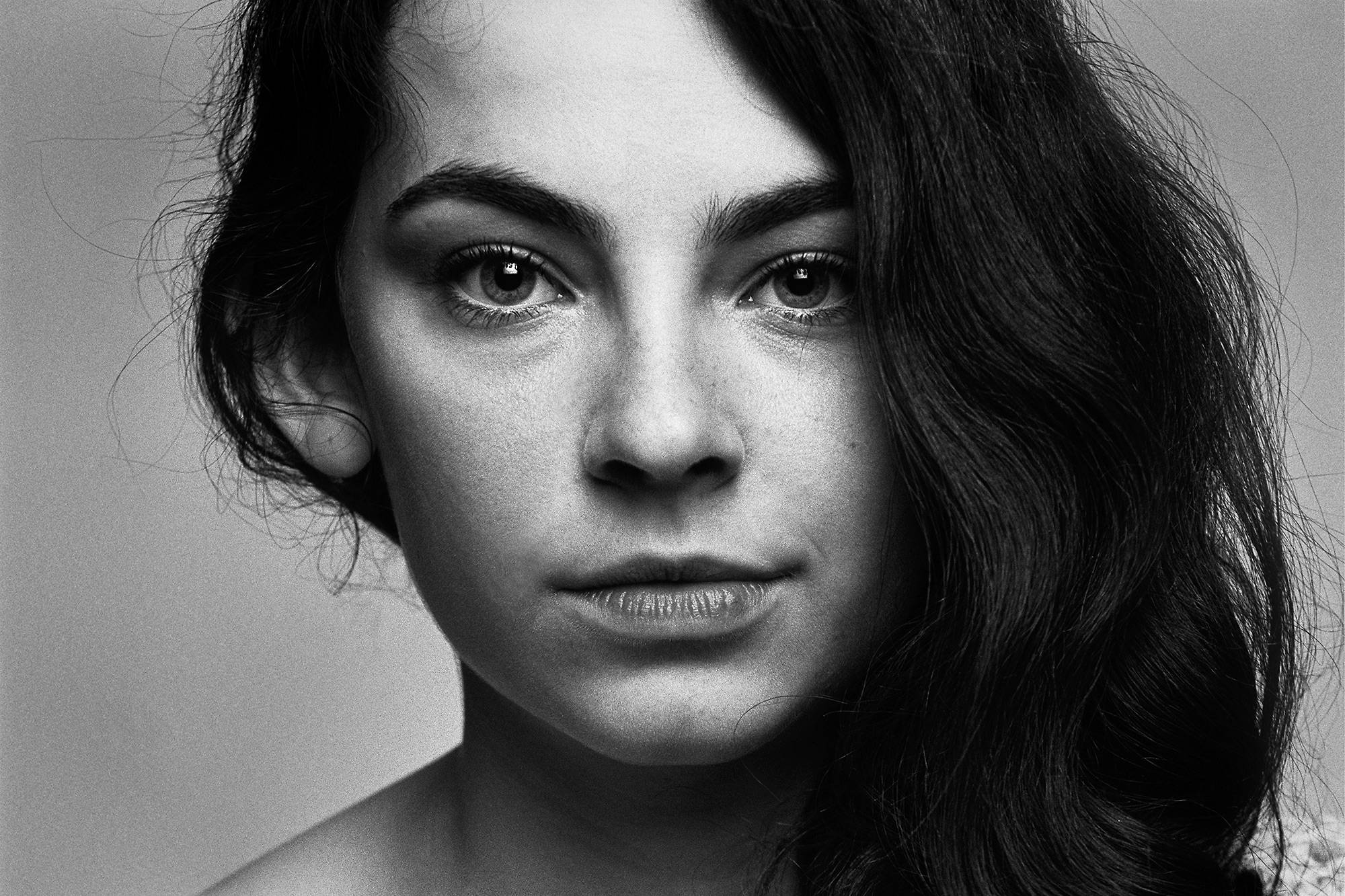 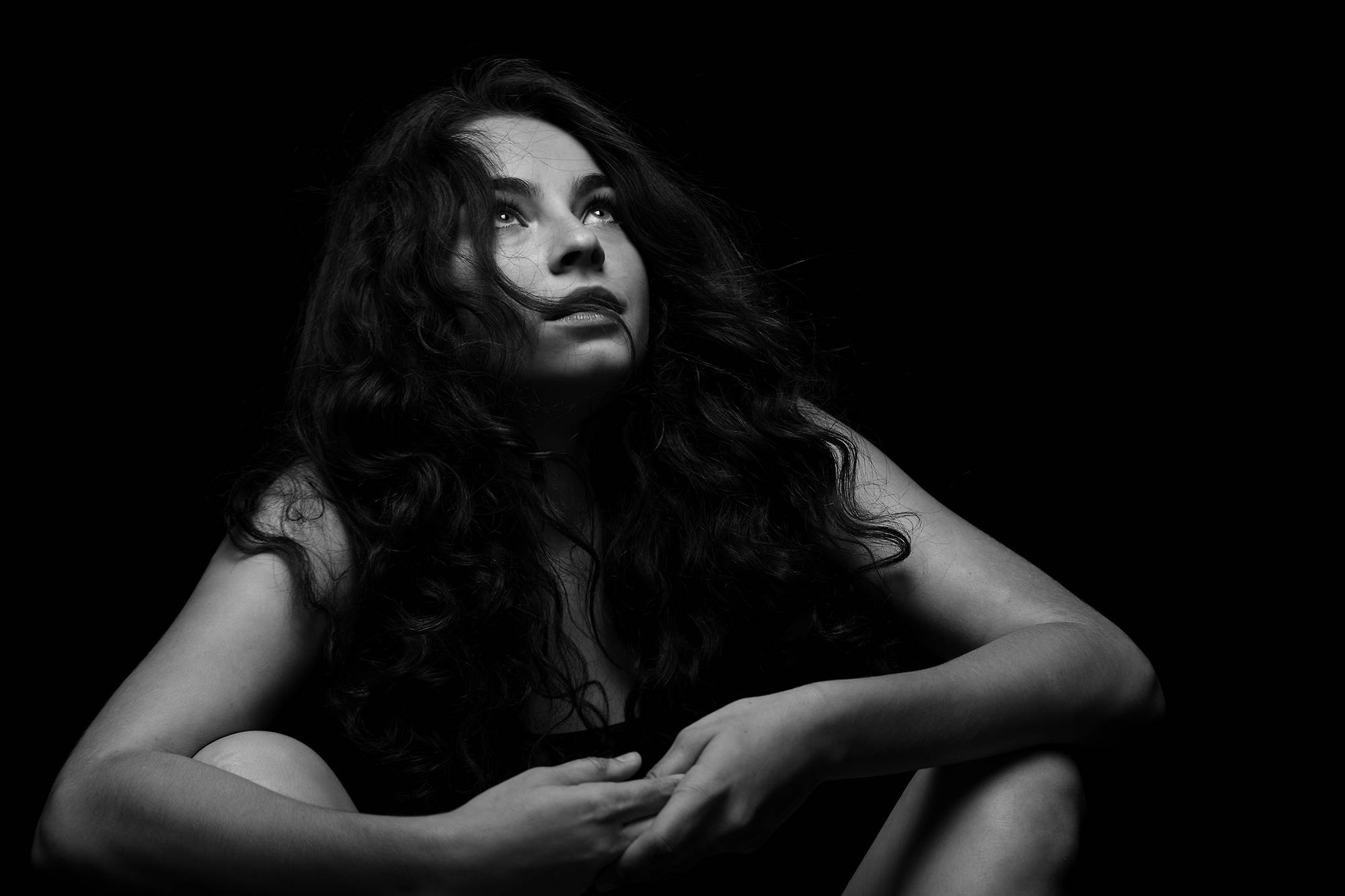 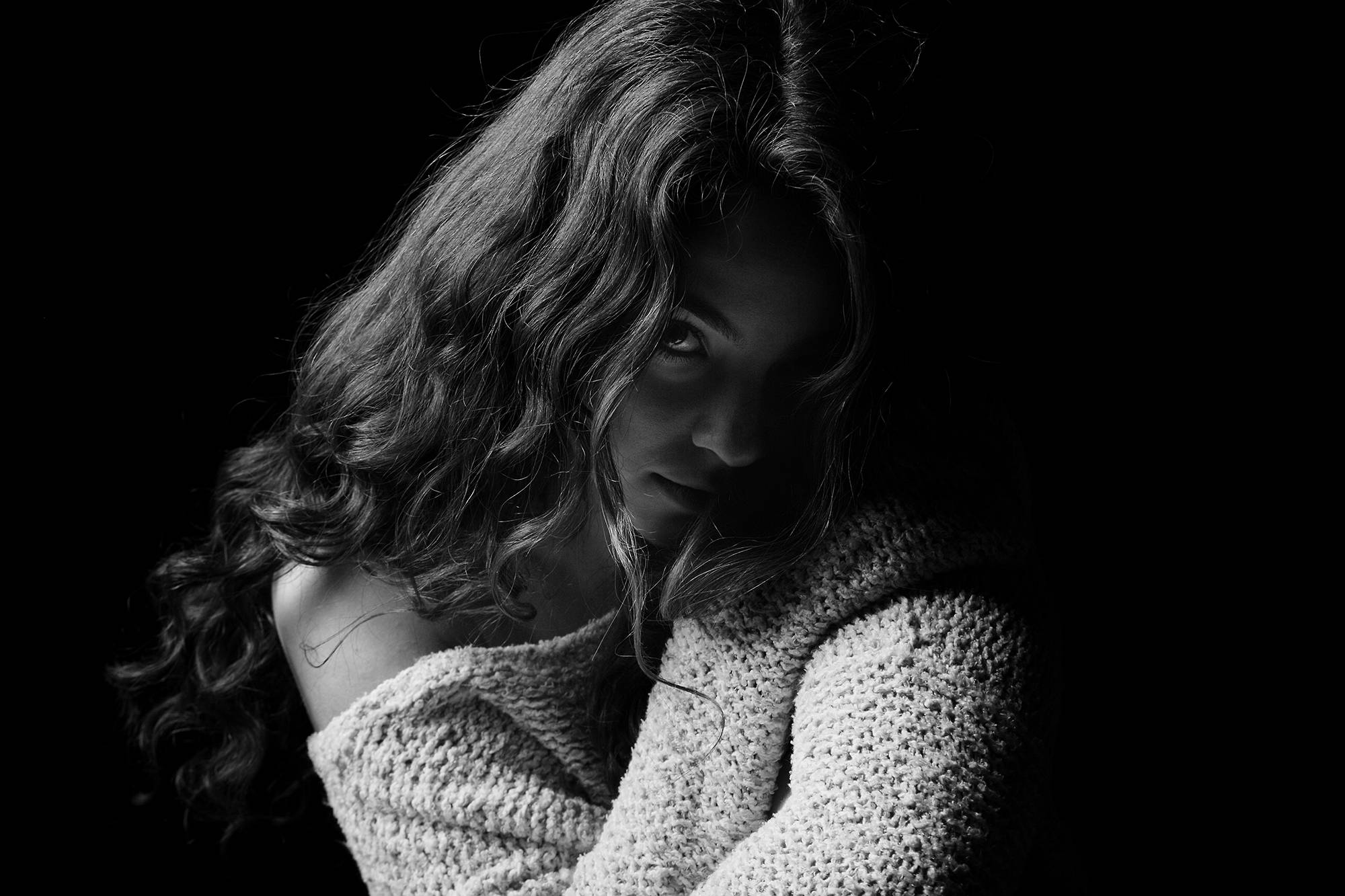 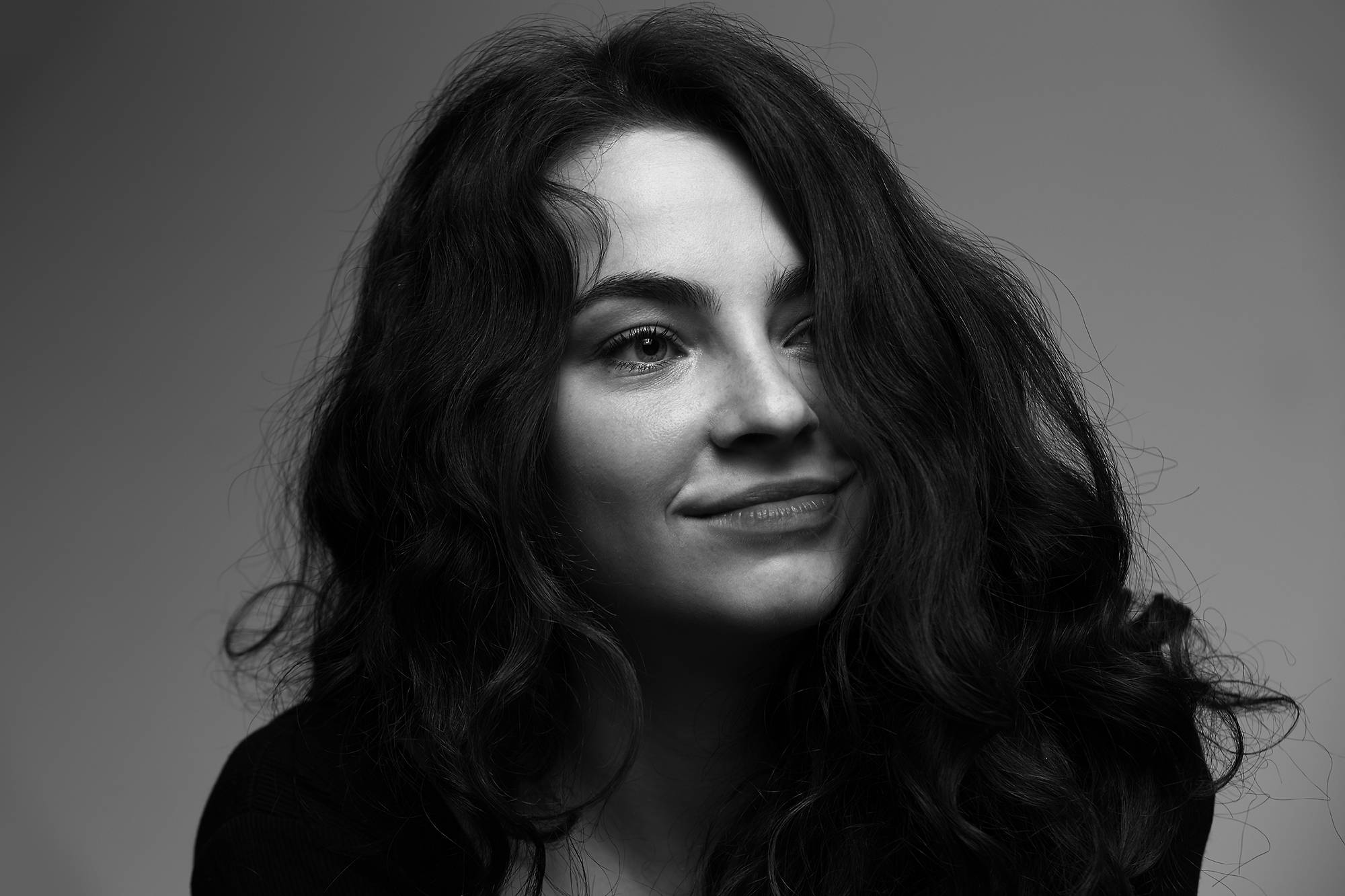 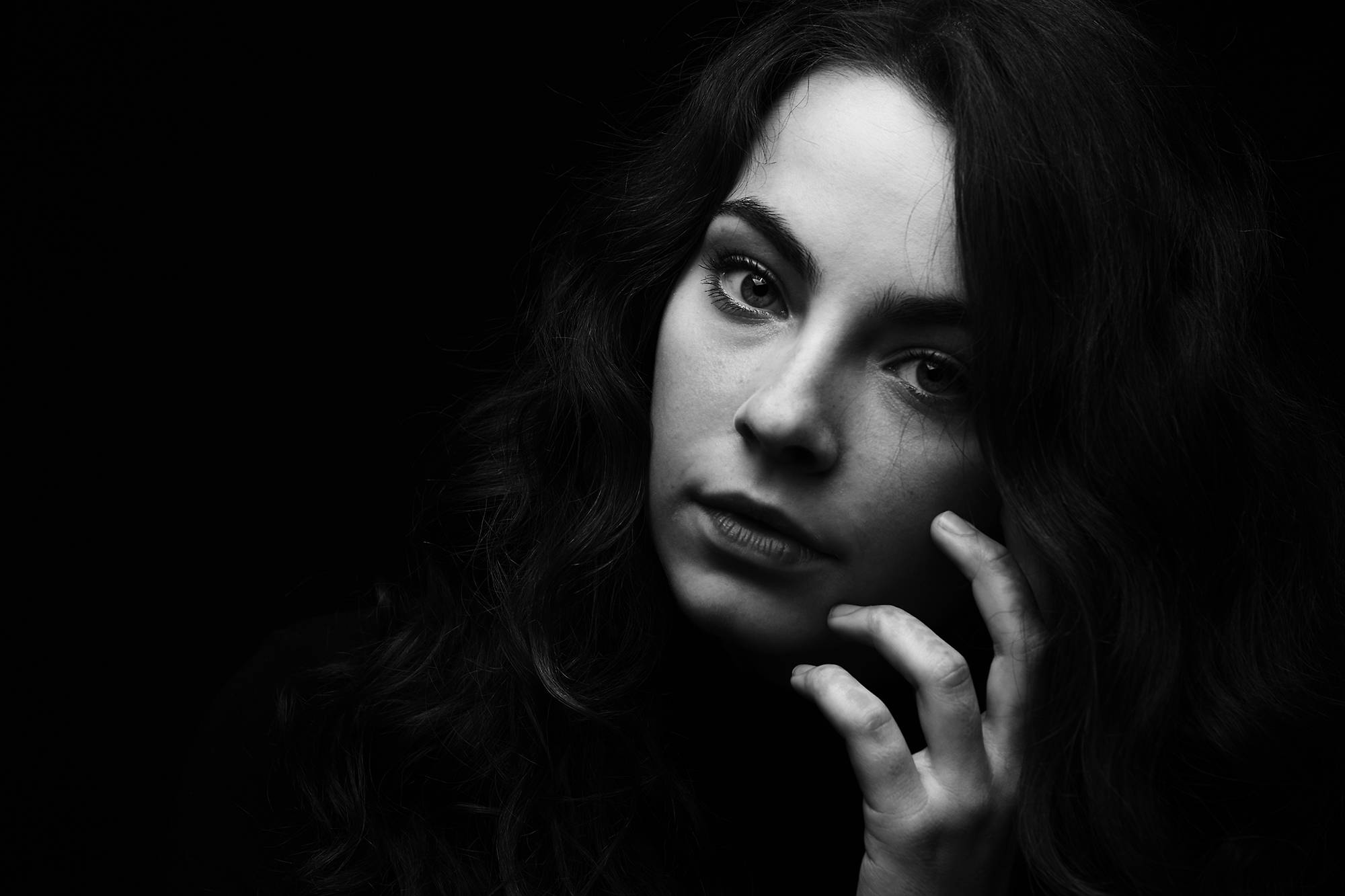 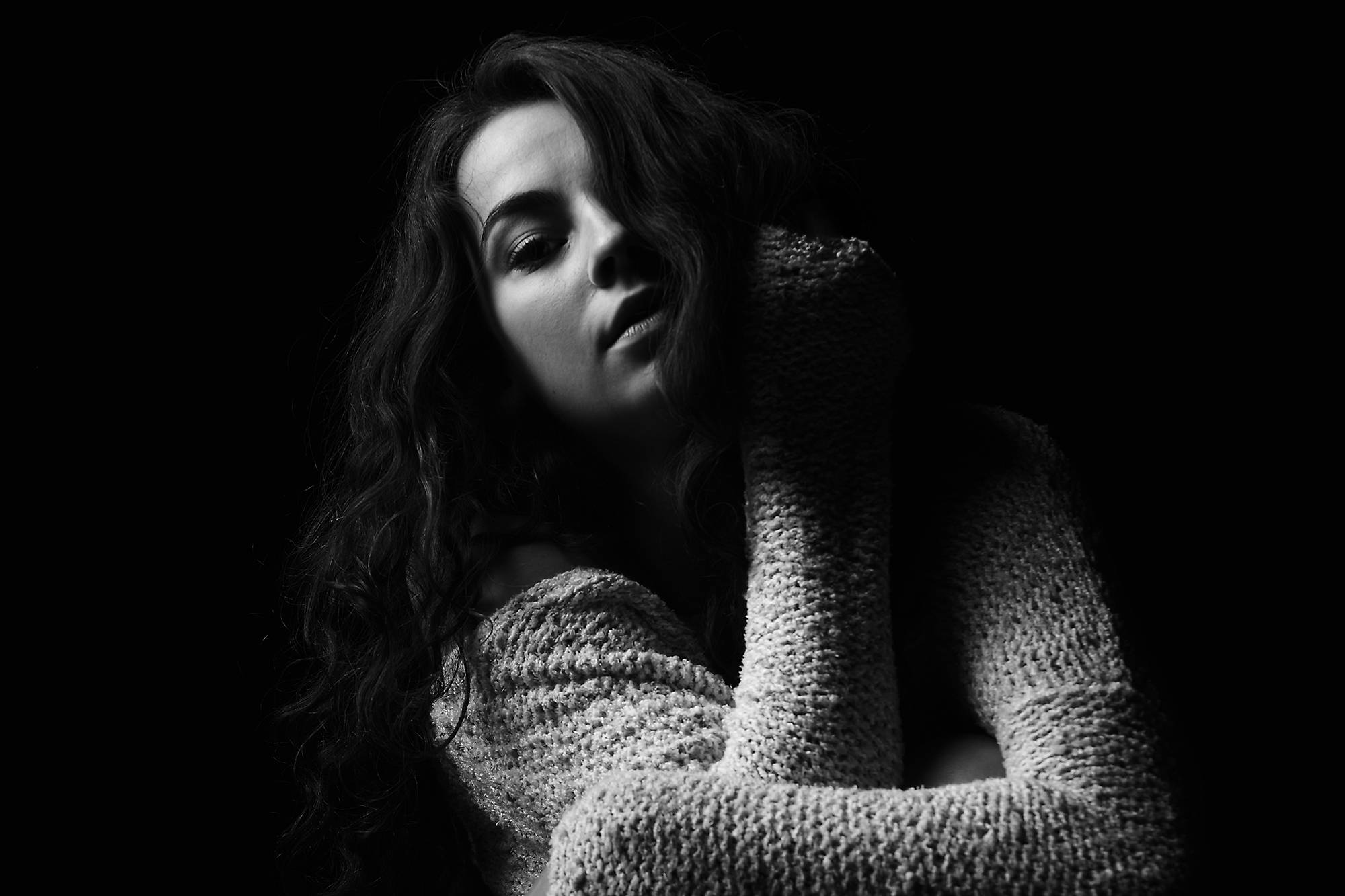 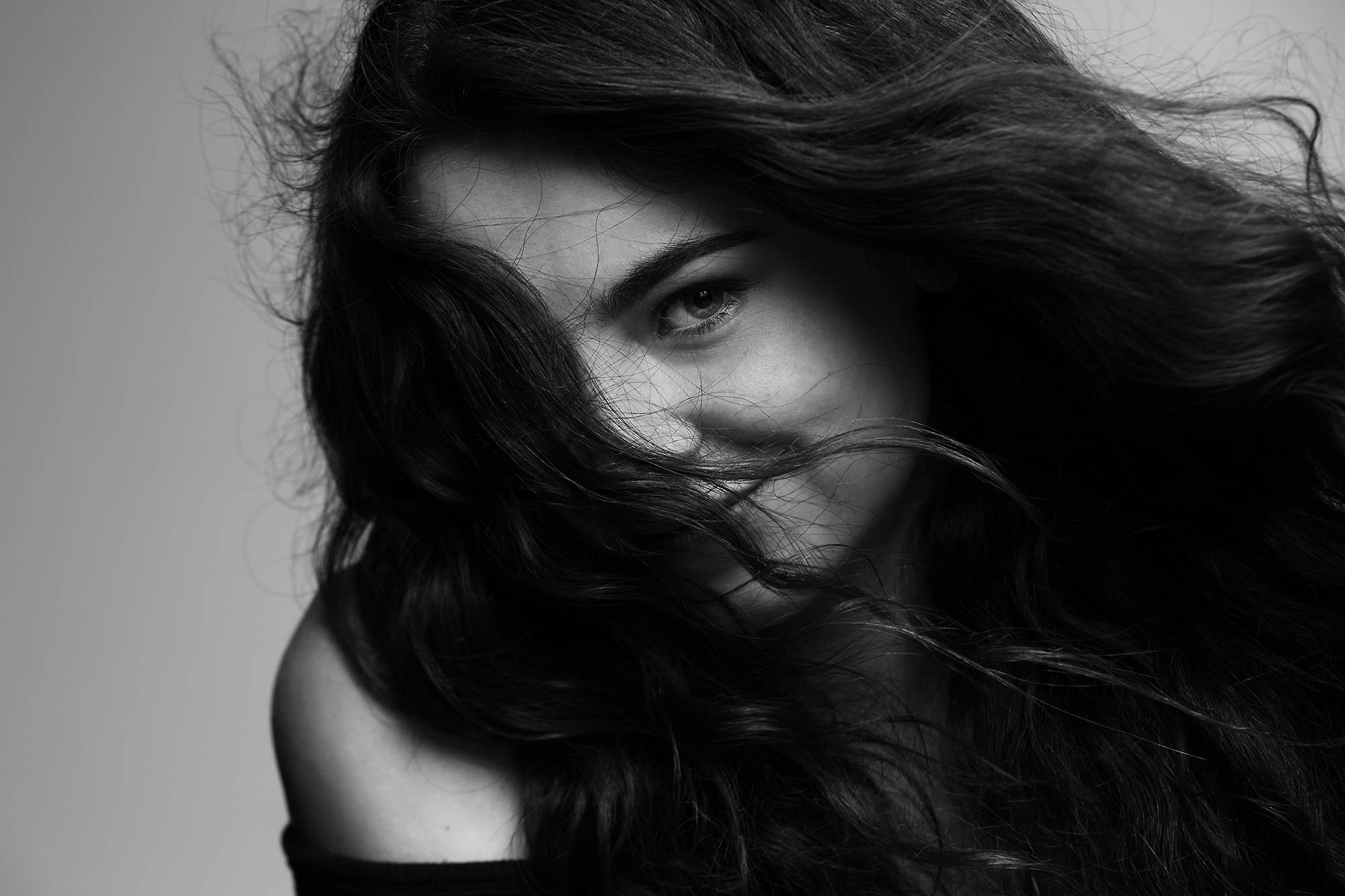 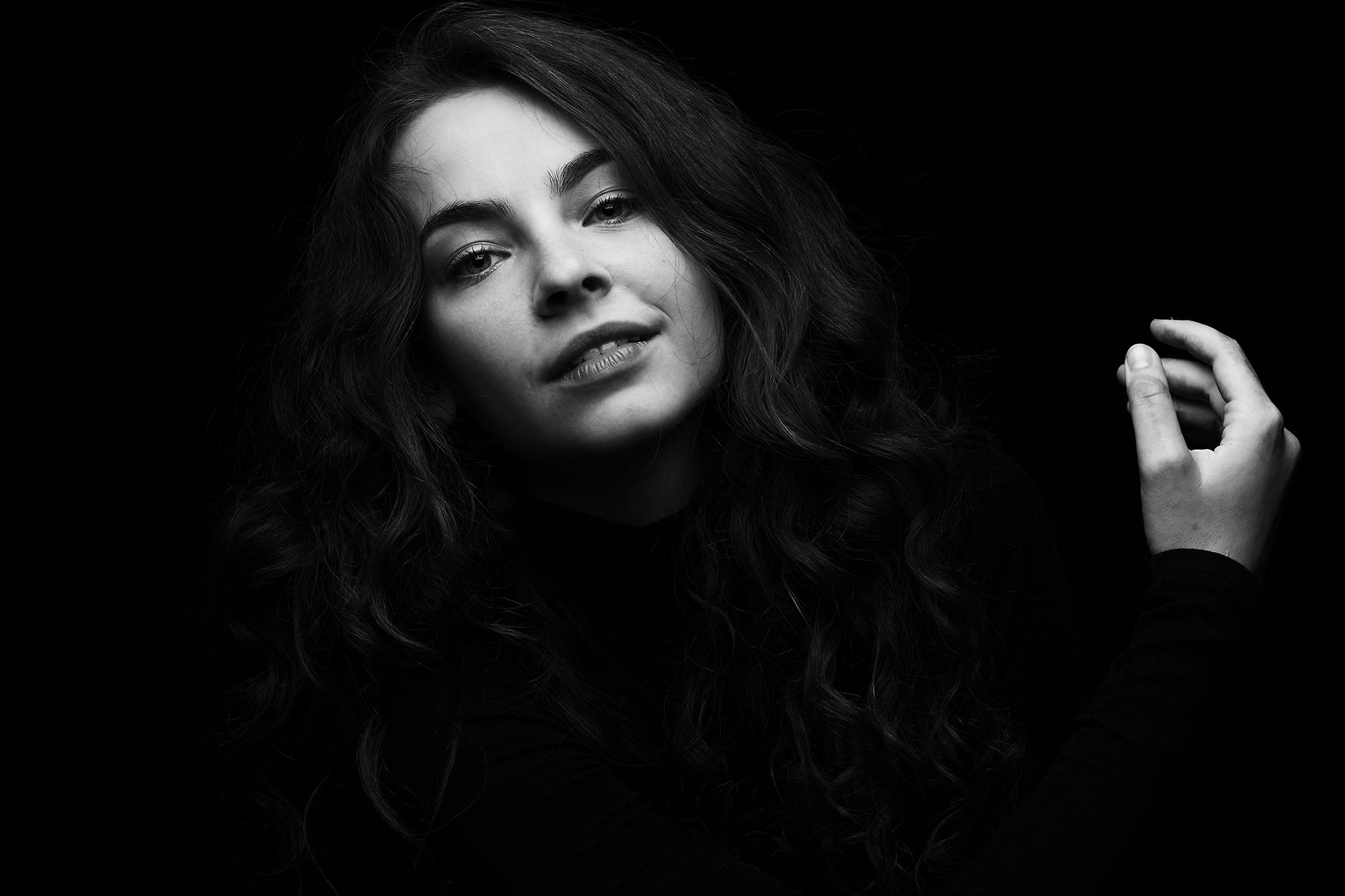 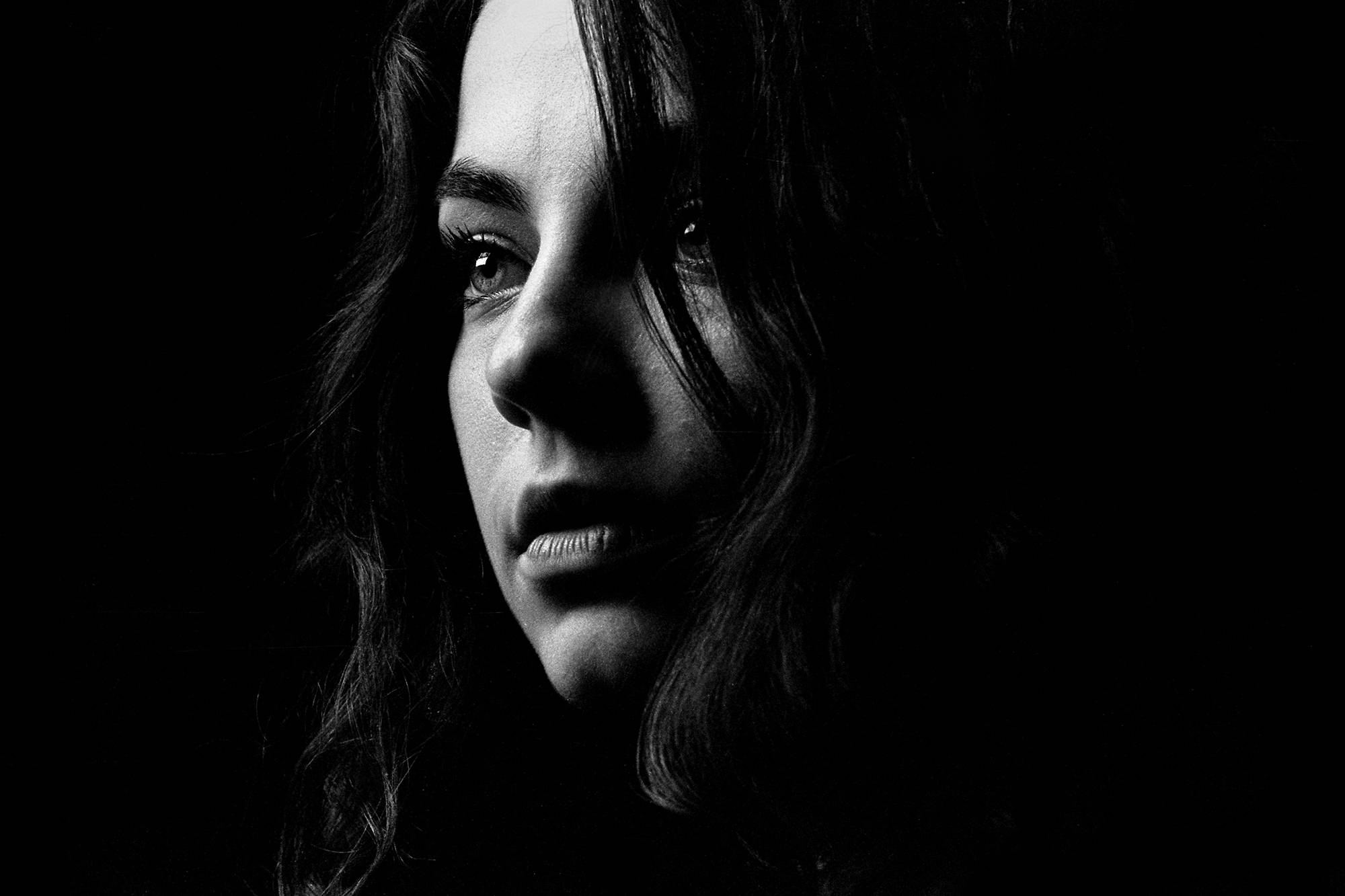 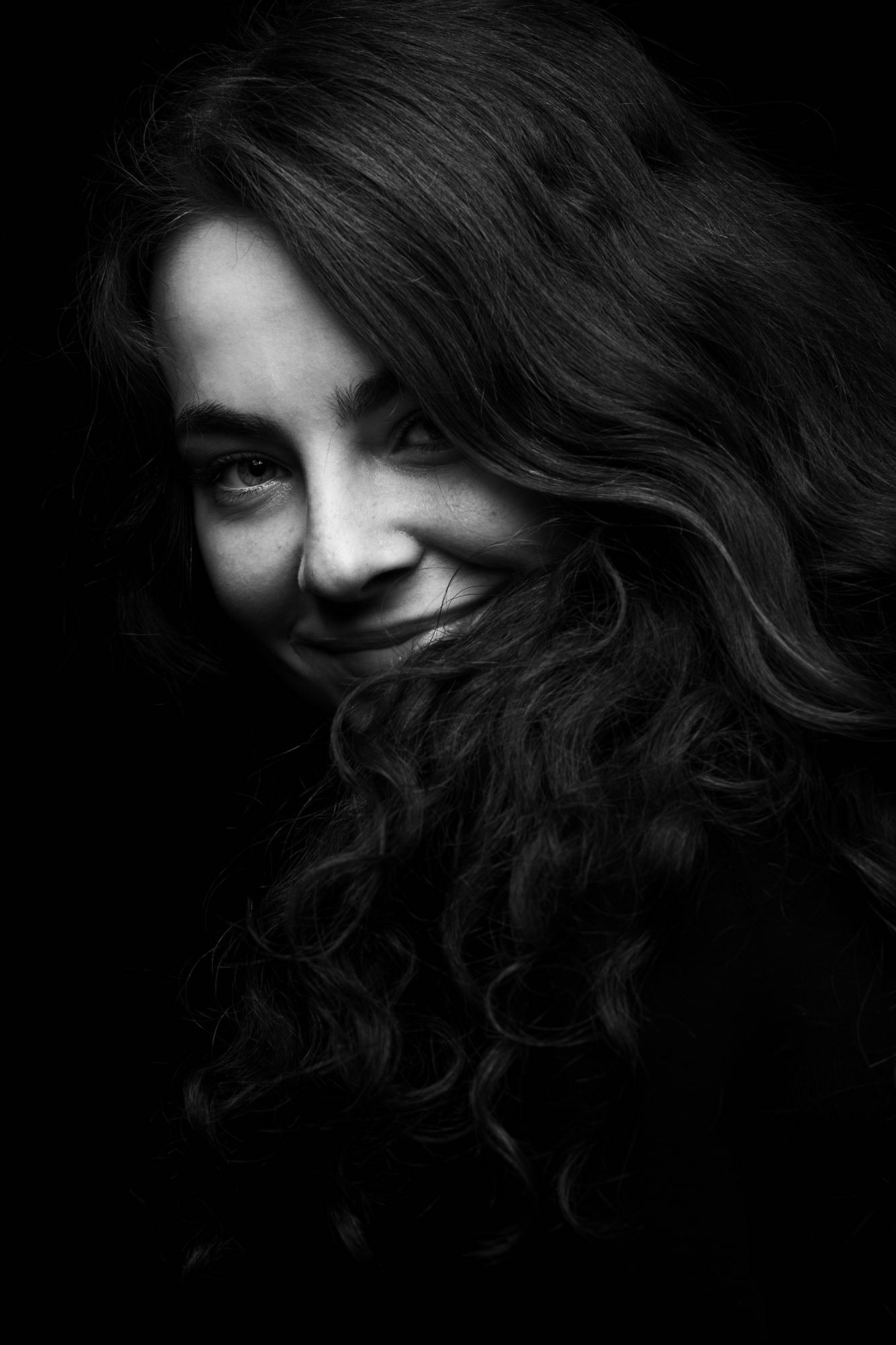 Wow. Damn. Will you take my picture, too?

Not sure what this has to do with me exactly, but cool.

Wow!!! I was hoping to see more of the 900 photos!
She has always been quite photogenic!!
Love you Stella!!!

Stella is a cool young woman.... back when she was in grade school she and other kids did performances at school for various events. One could see then that Stella was so talented and headed for some sort of fame ( stage, film, music ).

Dave- love your work. Thanks for sharing your vision through your films, your stills, your blog/vlogs, your words.

Gorgeous, stunningly beautiful. Excellent shoot ... and, I do not usually like black&white film. Bravo to you and your beautful model, Miss Stella.