I will soon be moving out of the apartment and into a rental house. It's a bittersweet move, but a necessary one. In 2012, when I was looking for an apartment downtown, the only one that I liked was at the upper end of my budget. I knew this would make it hard to save up and eventually buy a house, but it was a unique time in my life, and it felt like one of those "seize the moment" kind of things.

Well, moment seized. Now it's time to get financially stable and eventually buy a house or some other weird property. Part of me really wants to buy some abandoned commercial space and turn it into a house. Or make one of those shipping container houses in the woods somewhere. Or live on a bus and tour the country with my bluegrass band and three bloodhounds.

In the meantime, I need to save. This is where the new house comes in.

I looked really hard for a new place to live, which means I spent about 15 minutes on Craigslist and halfheartedly drove by a couple places. Fortunately I have a resourceful and motivated girlfriend (and beautiful and smart and every other good adjective), and she found several places for me to look into. One of them stood out, and we went to check it out about a month ago.

It helped that first we checked out a very small apartment on South Grand. And by small, I mean it was like a scale model of an actual apartment. It was cute, if you were half the size of a normal human. But it was questionable even to my standards, which are questionable to begin with.

Next we checked out the house. It was large by comparison. Its driveway is a bit awkward to get into when there's traffic, and it's hidden by some large evergreens in the front yard. This looked like a great house for someone who wanted to disappear.

The inside was freezing — the heater had been turned off weeks prior. There were various rags and clothes scattered around the hardwood floor. Everything seemed old, and the appliances were sketchy.

But the house had something. And I can't really define what it was... but it was more than just the appealing price. It had — dare I say — charm. Not the kind of charm that your mother will appreciate, but the kind that will temporarily mask the fact that you live in a craphole. Good enough for me. 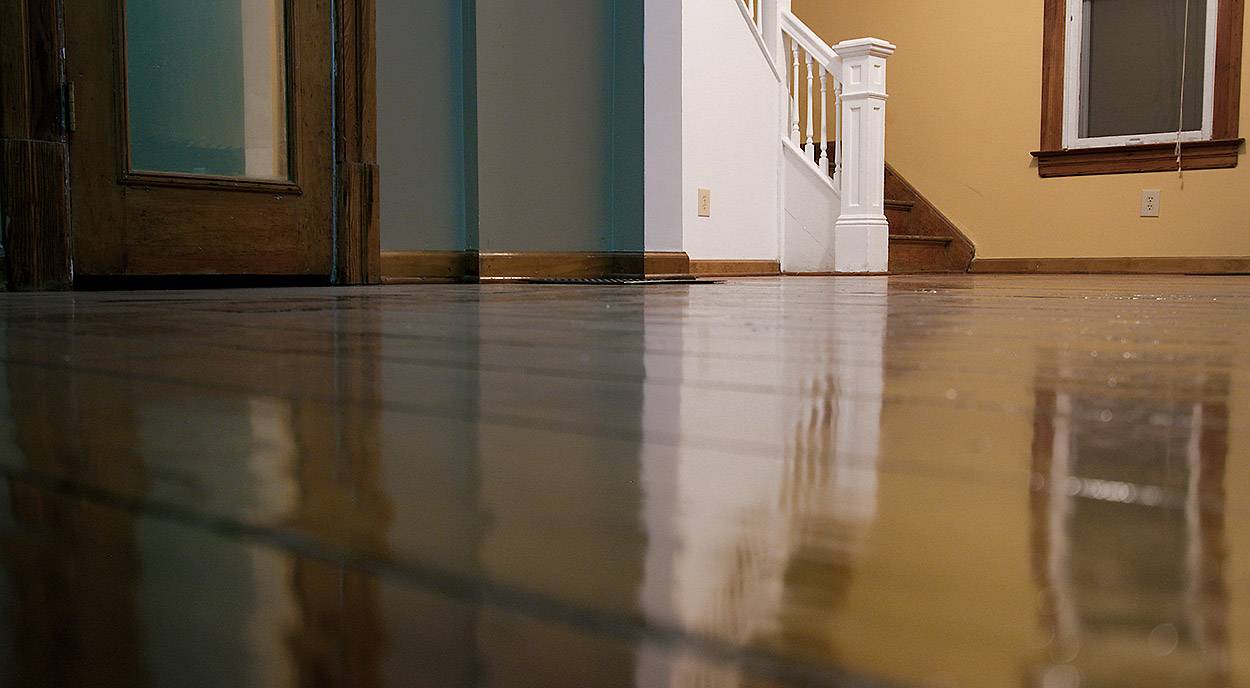 That was a month ago, and I signed the lease yesterday. One year. That's my goal — live here one year, save up and buy something.

I should focus on some positives. I no longer have to park at meters, so I will be able to ride my bike to work regularly, which I'm really looking forward to. The landlord said I could paint the walls anytime without asking him first (murals, anyone?). I'm close to downtown, even within walking distance when the weather is nice. And I will not be house poor. That's the best.

So it's an adventure. One of those things in life that you just have to do sometimes. And I'm going to make the most out of it. I'll keep you all right there with me for the journey.

You're right about not the kind of charm that your mother will appreciate!

Good luck with the move.