Weekend of the fort

There are few staples of childhood more universal than a good fort. Candy is one, followed closely by cheap plastic toys. And let's not forget about being bullied by your older siblings. But when you're a child, there's nothing quite like enjoying all of these things inside the sanctity of your very own fort.

This weekend proved to be the weekend of the fort at my place for my kids and their friends.

It started on Saturday night after dinner. The kids had a friend over, and the three of them asked if they could take the cushions off the couch to make a fort. My first reaction was a sort of internal cringe, imagining the mess, the noise and their inability to clean anything up properly.1

This happens a lot as a parent, and it's why the Universal Parental Response Algorithm was invented. It goes something like this:

The strength of the "no" is directly proportional to the number of kids simultaneously asking the question.

I try not to answer every question with "no." I never wanted to be like that as a parent. But when your kids constantly barrage you with questions day in and day out, you build a routine.

Anyway, back to the fort. It was Saturday night, we had a good couple hours before bedtime and it was really just the right time to build a fort. So I said yes.

But only amateurs build forts out of just couch cushions.

Fast forward an hour, and the living room had been completely transformed into an unrecognizable tent of pillows, blankets, mattresses, cushions, sheets and various light-rigging gear that I had lying around. Every bed had been fully dismantled. It was a fort of epic proportions. 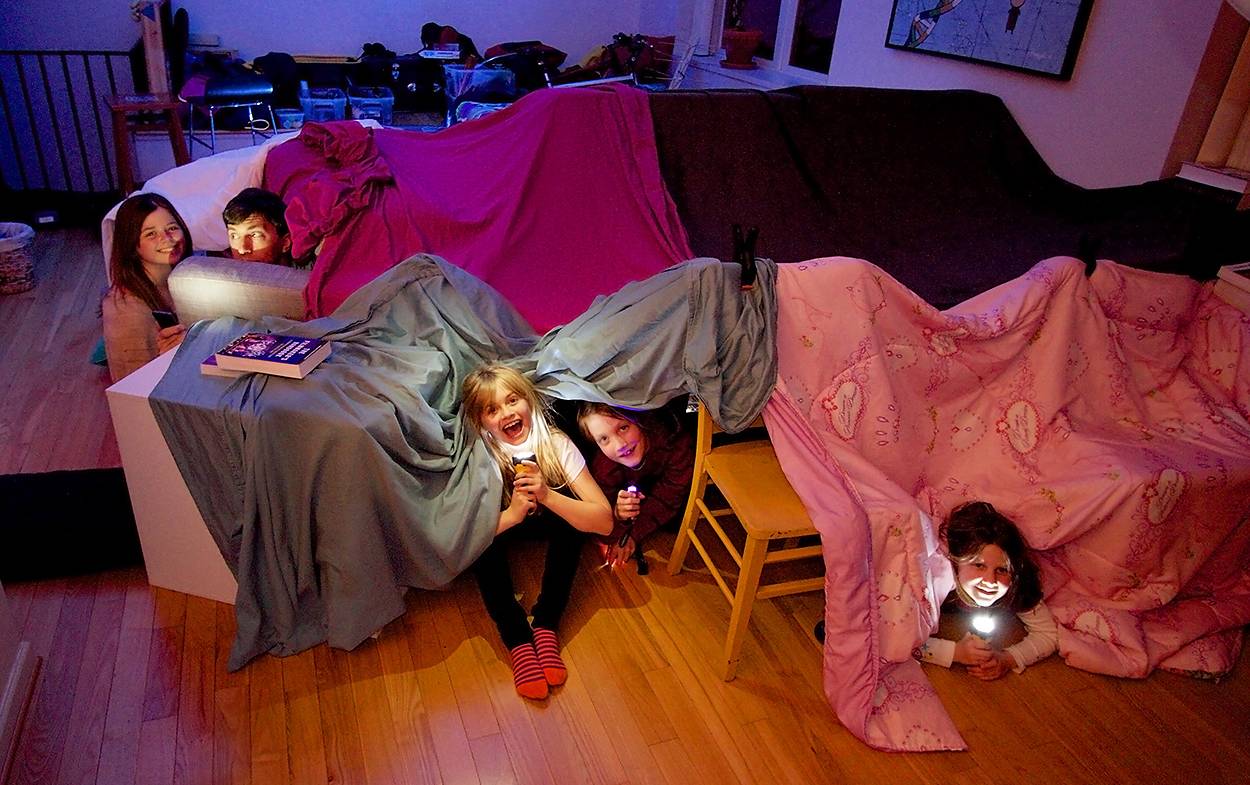 Saturday night's fort featured two main rooms, a hallway, a front door and secret back door. Although largely unspoken, there seems to be a universal building code for forts of any scale:

At bedtime on Saturday, the fort was dismantled to reclaim the kids' mattresses and sheets. But on Sunday, the kids each had a friend over for the afternoon. And once more I was challenged with the Universal Parental Response Algorithm, this time coming simultaneously from four bouncing, smiling, sugar-crazed children.

So, naturally, we built another fort.

Sunday's fort was built around the TV so the kids could watch Mary Poppins. We utilized the metal tracks from my homemade camera dolly system to provide a supports for the ceiling. This fort featured one large room, a front door and, again, a secret back door. 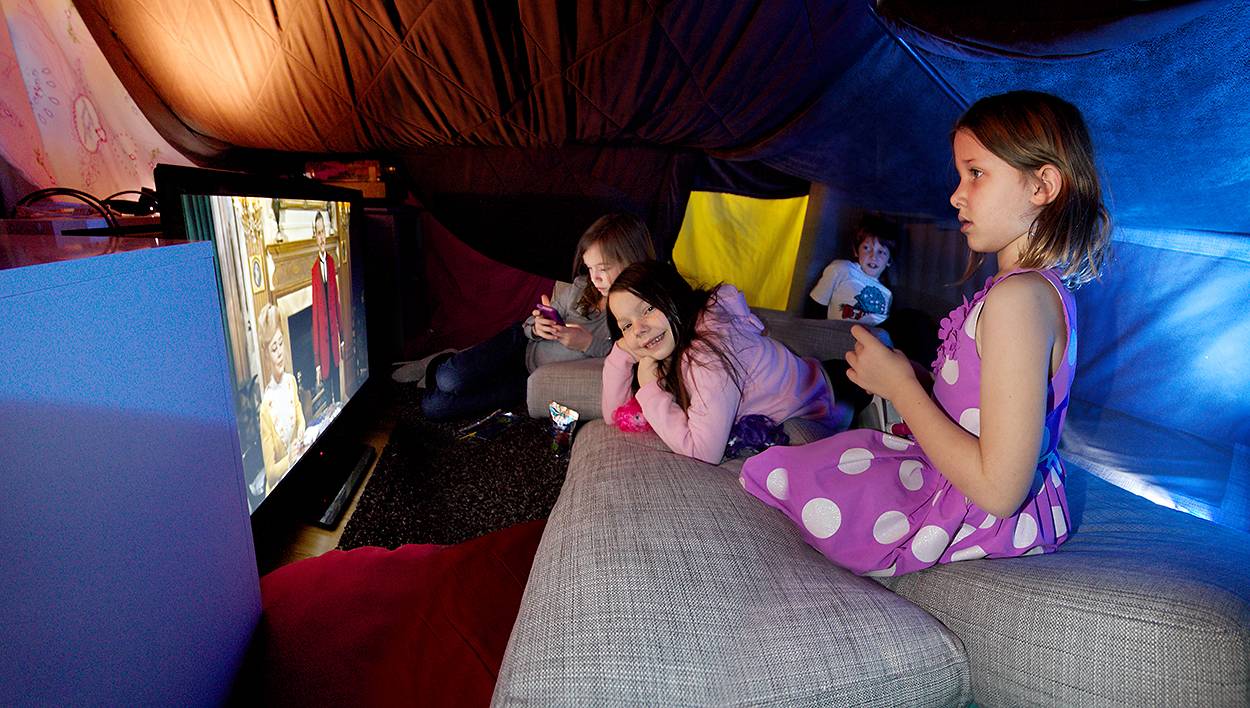 After the kids left on Sunday, the fort was dismantled to return the living room to a state more suitable for watching one of the worst Super Bowls in modern memory.

I'm sure someone more educated in the science of instinctual human behavior could make a solid case for linking childhood forts to our ancestral necessity of shelter building. One could maybe go deeper and link the way cats will seek out small enclosures to hide in. I suspect that on some level, these things must be related.

In any case, another weekend has passed, and more memories have been created. Hopefully these are ones that the kids will carry with them for a long time.

1 This really says more about my inability to enforce regular cleaning habits than it does about them. Kids notoriously do the absolute bare minimum required. Good thing us adults have it all together, right?

You're just one of the best dads anywhere! Someday your kids will know how lucky they are!